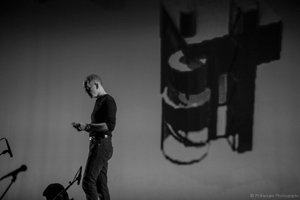 
6 Observations on the foundations of art


5 Observations on the mission of art

The artwork is trying to shake the world.
The artwork speaks to us about our behavior, our togetherness and our view of the world.
The work of art has the ability to handle it unfinite in a finite way.
That is not easy.
Quote: Klaus Høeck , 2001 : ".. but not everything can be soup."


9 Observations on art and language

The language of art is international.
In the Western world.
The language of art i global, but it is spoken in dialects which are attached to places.
An Inuit have 50 words for snow.
A European has 50 words for his mood.
An American has 50 words for firearms.
A global language without connection to its space becomes market-driven newspeak.
A regional language without global dialogue ends in self-sufficiency.
If the global situation supply language, we'll deliver the dialogue.


6 Observations on art and site

The place is important for the language of image and space.
When something happens, we say in Danish that it is ”taking place”.
Politics is attached to the place.
The place is local.
Art is stretched out between the place and the market.
Between language and economy.


7 Observations on art and economy

An art work's value as a commodity as can be measured financially.
The artistic value of the artwork can not be measured financially.
The economy is linked to the market.
The market is global.
The market is becoming faster and smoother.
The nation is becoming slower and heavier.
Quote: Laurie Anderson in 1985 : " Oh I am so digital " is replaced by " Oh I am so global ."


7 Observations on art and society

Internationalism is not a question of adress, but a state of mind.
When the Berlin wall fell, we lost a critical look at ourselves as ideology.
Now we believe that we are natural, not contrived.
We believe there is only one consciousness.
One ideology.
Capitalism.
Quote: Manifeste Cannibale DADA , 1920 : " In about three months time we, my friends and I, shall sell our pictures to you for a few bucks. "


2 Observations on the End

The reward for good art is uncertain.
The punishment for bad art is oblivion.

Performance at the Artclash festival, The Royal Theatre
Copenhagen January 2013